Is it a Soft Landing?

Economists use aviation metaphors to describe the results of central banks’ efforts to manage rapidly growing economies. If the Federal Reserve lifts rates enough to prevent the economy from overheating without jolting it into recession, then it has engineered a soft landing, according to Investopedia. (Rate increases that drop a country into recession are hard landings.)

Ben Levisohn of Barron’s thinks recent Fed actions may have produced the second soft landing in the history of the United States:

“…the Federal Reserve might have engineered a soft landing for the U.S. economy…When Chairman Jerome Powell abruptly decided that he would hold off on further rate hikes, the market responded as if a recession was no longer in the offing. And it probably isn’t…There are also signs that the Fed, simply by taking a breather, has eased monetary conditions. The evidence: The yield curve is steepening. The difference between 30-year and two-year Treasury yields – the spread most correlated to money supply – has risen to about 0.6 percentage point, the highest since June…”

Last week, Economist Robert Shiller told Bloomberg, “The economy has been growing pretty smoothly…There are some signs there might be things amiss. The housing market is soaring and the stock market is high. It’s been a long time that we’ve been in this recovery period and it wouldn’t surprise me at all if there was a recession.” 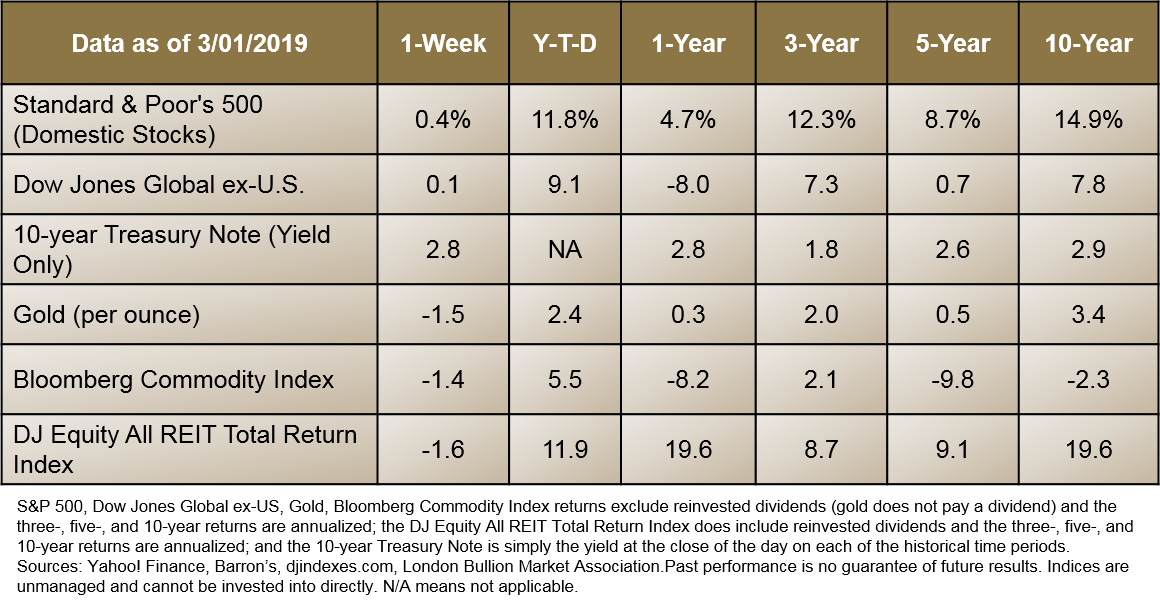 Here’s A Blast From The Past.

Depending on your age, the 1980s may be a nostalgic chapter in your life or the wellspring of amusing photos of your Miami-Vice clad, lace-gloved parents. The 80s are known for more than MTV, yuppies, sci-fi movies, and cell phones the size of shoeboxes, though. The decade marked the start of a new era in geopolitics as the Cold War ended and the Berlin Wall was dismantled.

The 1980s also brought a wealth of innovative new products that disrupted markets and changed the way people perform everyday tasks. Entrepreneur Magazine recently identified some of the decade’s notable inventions, including:

While the fashions have become obsolete, along with camcorders and CD players, many of the decade’s inventions have proven more durable – and some have completely changed the way people interact with the world.

Which of this decade’s inventions do you think could have a similar impact?

Don't let anyone rob you of your imagination, your creativity, or your curiosity. It's your place in the world; it's your life. Go on and do all you can with it, and make it the life you want to live.”