Reviewing economic data is a bit like looking in a rearview mirror. Typically, it offers information about what is behind us. For example, last week we learned:

Despite positive trends in economic data, major U.S. stock indices delivered their worst performance since March 2020. Financial markets are the windshield. They show us what investors anticipate may be ahead. Last week, it was clear investors were not optimistic. There were a number of reasons they may have been concerned:

Election uncertainty is high. “The election looms large as the biggest wild card risk for markets, and there is a real concern that no outcome could lead to a period of uncertainty and turbulence for markets and the economy,” reported CNBC.

It’s possible we may see more market volatility this week. 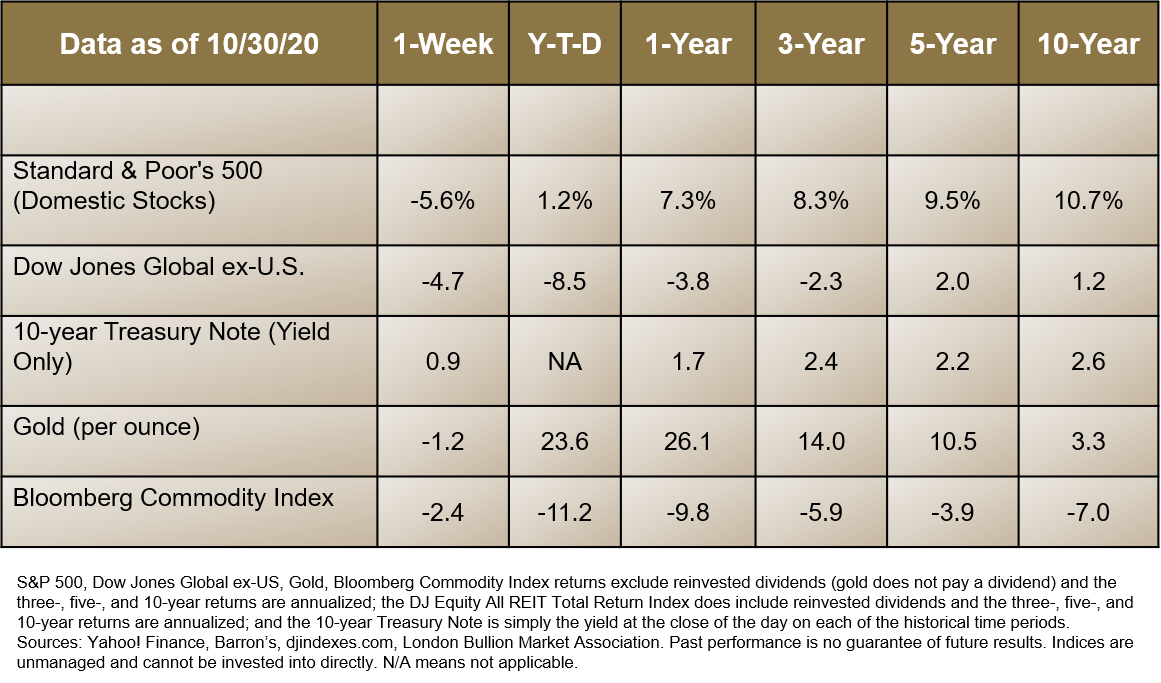 We Are All In This Together.

It’s election week, and Americans of all political persuasions are bracing themselves. We’re worried about short-term events and the long-term future of the country. In part, that’s because sharp partisan divides have obscured an important fact: Americans agree on a lot of things.

For example, in October, More in Common, a nonpartisan nonprofit working to bring Americans together, published the results of surveys conducted from June through September 2020 in partnership with YouGov.

The group’s report, Democracy for President, found the majority of Americans (81 percent) agree that democracy is imperfect but preferable to other forms of government. In addition, Americans:

About 7-in-10, “…say that elections in the United States are generally safe and trustworthy, and this number differs little between Democrats and Republicans.

A majority of the Americans surveyed were concerned about election integrity. Regardless of party affiliation, they were uneasy about election officials and politicians discouraging voting (80 percent), results not being available on election day (75 percent), and the possibility of fraud if there is a long wait for results (73 percent).

It’s notable, even in our concerns about this election, we are worried by the same things.

As the week progresses, remember the United States of America has been holding elections for almost 250 years. We held elections during the Civil War, World War I, and World War II. Our robust election tradition has endured over generations because of our shared belief democracy is the best form of government.

That doesn’t mean Americans will always agree. We won’t – and that’s why we vote.

“…should things go wrong at any time, the people will set them to rights by the peaceable exercise of their elective rights.”