On Monday, the Dow Jones Industrial Average surged higher, delivering its biggest one-day point gain in history. The catalyst may have been reports that ‘Group of Seven’ (G7) finance ministers and central bank governors were meeting via conference call on Tuesday. French Finance Minister Bruno Le Maire indicated the discussion would lead to coordinated monetary efforts to address economic issues related to the coronavirus, reported Reuters.

The G7 includes seven countries: United States, United Kingdom, Germany, Canada, Japan, France, and Italy. The European Union is a ‘non-enumerated’ member. The nations represent about 50 percent of the global economy, according to the Council of Foreign Relations, and was formed to coordinate global policy.

On Tuesday, the U.S. Federal Reserve (Fed) implemented a surprise rate cut. The pre-emptive move surprised many because the Fed’s policy-setting meeting was just two weeks away. The policy change sparked anxiety among investors. The Standard & Poor’s 500 Index, which had gained about 4.6 percent on Monday, dropped 2.8 percent on Tuesday, reported Ben Levisohn of Barron’s.

On Friday, a robust employment report was largely ignored, reported Randall Forsyth of Barron’s, as were increases in the Atlanta Federal Reserve’s GDPNow estimate indicating economic growth during the first quarter may have been stronger than anticipated. Despite a downward swing on Friday, major U.S. stock indices finished the week higher.

Forsyth also reported Kenneth Rogoff, Professor of Economics and Public Policy at Harvard, is concerned the economic consequences of the coronavirus could include inflation. Production slowdowns and supply chain disruptions caused by the coronavirus could result in a mismatch between the supply of goods available and demand for goods across the globe.

In a Project-Syndicate commentary, Rogoff explained, “…the challenge posed by a supply-side-driven downturn is it can result in sharp declines in production and widespread bottlenecks. In that case, generalized shortages – something some countries have not seen since the gas lines of 1970s – could ultimately push inflation up, not down,” he contends.”

Until more is known about the coronavirus, markets may remain volatile. 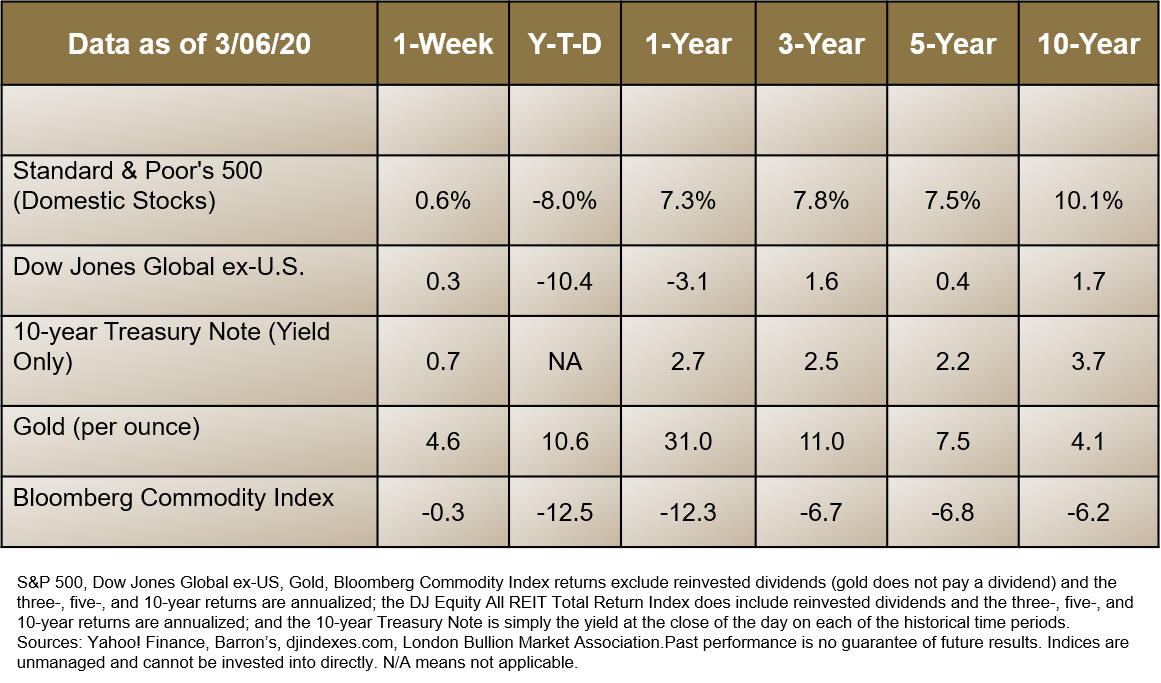 When Are People the Gloomiest?

His efforts were part of a travel company marketing campaign encouraging people to book flights in order to combat the post-holiday blues.

Now, The Economist has carefully analyzed music consumption to “create a quantitative measure of seasonal misery.” The publication used data from a popular music streaming service that offers 50 million options to 270 million people in 70 plus countries to track the type of songs people around the world listened to each month from January 1, 2017 to January 29, 2020.

The Economist relied on the streaming company to determine the emotional scale of the songs played during any given month. It explained, “The firm has an algorithm that classifies a song’s “valence,” or how happy [a song] sounds, on a scale from 0 to 100. The algorithm is trained on ratings of positivity by musical experts and gives Aretha Franklin’s soaring “Respect” a score of 97; Radiohead’s gloomy “Creep” gets just 10.” The happier end of the valence spectrum also included:

When the results were tallied, the global top 200 songs for February were the gloomiest overall. If you were curious, people played the happiest songs during July, although there was a joyful spike in late December for Christmas.

“The whole of life itself expresses the blues. That's why I always say the blues are the true facts of life expressed in words and song, inspiration, feeling, and understanding. The blues can be about anything pertaining to the facts of life. The blues call on God as much as a spiritual song do.”