The New Trade Deals Are Here!

The New Trade Deals Are Here!

The United States and China signed a preliminary trade deal last week. The next day, the United States-Mexico-Canada Agreement was approved by the Senate.

The phase-one deal between the United States and China has been analyzed, applauded, disparaged, and questioned. Here is a sampling of what’s being said:

“The eight-part deal includes protections for trade secrets and intellectual property, mechanisms for enforceability, and commitments by Beijing to increase purchases of U.S. goods and services by $200 billion over the next two years. It also broadens U.S. companies’ access to China’s markets…”

“While the deal isn’t insignificant – China has promised $200 billion in purchases…The sweeping U.S. goals to change the way China’s economy functions, from shrinking state-funded industries to strengthening intellectual property laws, are either absent from the deal or described in vague terms.”

“A truly grand pact between the two countries is some way off – and indeed, may never arrive. But this modest trade agreement shows how much the status quo has changed. Tariffs on hundreds of billions of dollars…of imports into both countries remain in place, with an ever-present threat of more. This is not trade peace, but rather a trade truce – and a tense one at that.”

“Moreover, some countries are worried that $200bn of Chinese purchases of US goods that are part of the agreement will enshrine ‘managed trade’ between the world’s two largest economies, possibly flouting market forces, discriminating against their companies and violating WTO commitments.”

“One aspect that most have not addressed is that this is only a two-year agreement. What happens at the end of the two years is not defined…China has pledged to purchase $36.5 billion in ag products in 2020 and $43.5 billion in 2021. But the issues are no one believes either side will keep up their end of the bargain.”

Despite a diversity of opinion about the deal, investors were happy. The Dow Jones Industrial Average surpassed 29,000 for the first time and was up 2.8 percent for the year through last Friday, reported Barron’s. 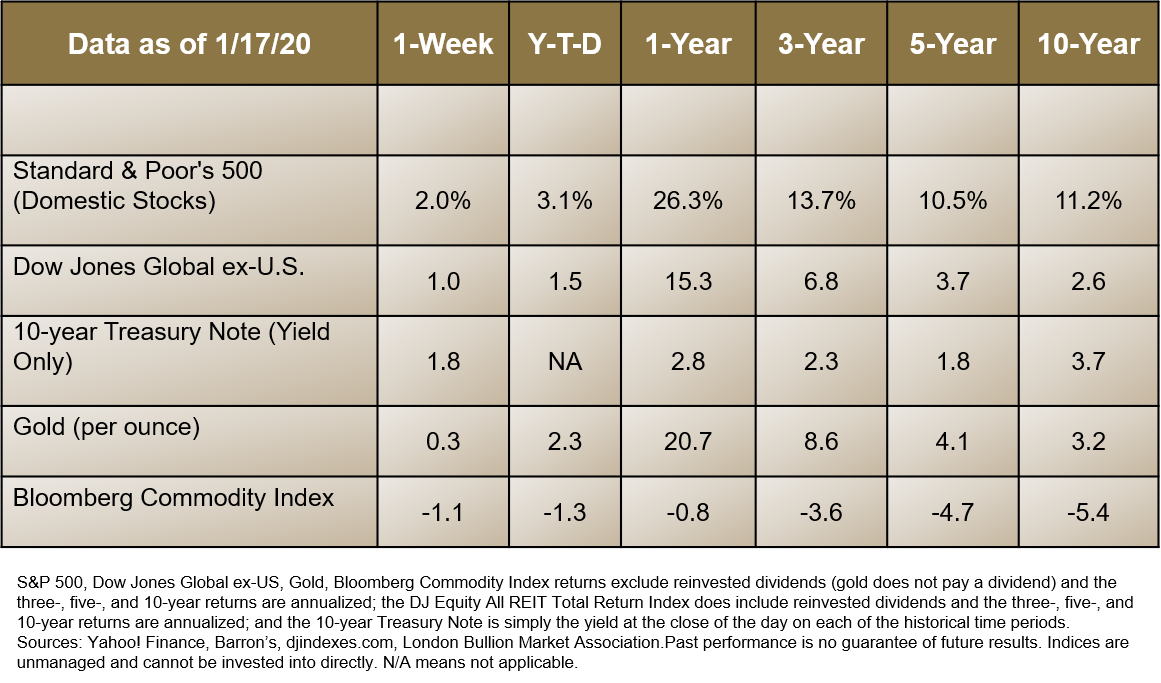 The way we eat changed during the past 10 years. The Auguste Escoffier School of the Culinary Arts pointed out sales of American cheese have fallen because younger generations prefer artisanal cheeses.  Unprocessed cheese isn’t the only food trending last decade.

What is your favorite food trend from the last decade? Putting an egg on top? Meal kits? Kale? Macarons? Fermentation?

“There's a rebel lying deep in my soul. Anytime anybody tells me the trend is such and such, I go the opposite direction. I hate the idea of trends. I hate imitation; I have a reverence for individuality.”